Our Reserves are an essential part of our ADF capability. Their contribution is significant, their numbers are significant. I note we have 38,000 Reservists on the books in different capacities including 733 undertaking full-time service. For those of you in the room who have contributed to our nation in a Reserve capacity, thank you. Let’s start by acknowledging the important roles Reservists make to the ADF across all three Services. We can then talk to some exciting initiatives that will enable growth in Reserve capability.

We were fortunate that the Hon Dan Tehan MP, Minister for Defence Personnel, agreed to open the Conference where he spoke about the essential role undertaken by the Reserve Forces as part of the Total Force in providing capability to the ADF, instancing the work of Reservists in disaster relief and the essential role of medical Reservists on operations. The Minister mentioned new opportunities for Reserve capability, including cyber warfare and standing up a Reserve veterinary capability. Importantly, the Minister gave a commitment to ensuring the passage through Parliament of the amendments to the Defence Reserves Service (Protection) Act – something that the DRA has been strongly advocating for the past 10 years.

I had ADF Reserves as part of my Defence portfolio responsibilities in my first term and it is great to see so many people here who have kept their involvement up over the years - it’s an outstanding example of the general citizen’s support for our men and women in uniform. 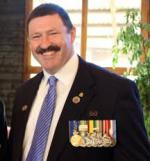 The Hon Mike Kelly MP, Shadow Assistant Minister for Defence Industry, emphasised the role of the ‘citizen soldier’ and raised questions about how to raise, train, sustain and equip Reservists, the job satisfaction for Reservists and the need to think outside the square in resolving Reserve issues. He raised the prospect of forming a Civil Defence Corps.

Chief of Army, LTGEN Angus Campbell, had a single message – one Army focussed on capability outcomes. He advised that the changes involved in the ‘Army Reserve Transformation’, including aligning Army Reserve service with contemporary civilian demands, were being driven by senior Army Reserve leadership, and spoke about moving the Reserve from a mobilisation base and being considered as a separate part of the Army. He also spoke about the study of data from the last census to identify growth corridors with a view to opening new depots and that it requires a recruiting pool of some 1000 persons aged 17 to 29 in order to recruit one Army Reservist.

MAJGEN Stephen Porter provided a visual presentation of a day’s activities by Battle Group Canaan on Exercise TALISMAN SABRE 17, outlined the approach to modular training strategies to reduce the wastage in the ‘training pipeline’ and the new role of 8th Brigade in coordinating and managing the delivery of initial employment training throughout 2nd Division. He also spoke about the challenges of improving the retention of Reservists.

The recently appointed National Chair of the Defence Reserve Support Council, Ms Jane McAloon, addressed the Conference on the importance of maintaining an effective relationship with employers if we are going to have the highest quality people when they are most needed to serve in the Reserves. Importantly, the Conference provided an opportunity for Ms McAloon to learn about many of the issues affecting the Reserves.

MAJGEN Craig Orme (Ret’d), Deputy President of the Repatriation Commission, Department of Veterans’ Affairs (DVA), kindly stood in at very short notice to make a presentation on the major change process being undertaken by DVA in moving from a focus on transactional processing to focussing on the delivery of services to veterans from the veterans’ perspective, by looking at the well being of veterans. He encouraged the DRA to develop a proposal to extend non-liability health care to Reservists.

Rear Admiral Kafer, Head, Reserve and Youth Division, gave a presentation on positive youth development experiences and the focus on child safety as a result of the recent Royal Commission, work being undertaken with Defence People Group to improve policies affecting Reservists and amendments to the DHOAS Act requiring Reservists to have ‘consecutive’ years of service in determining eligibility to DHOAS.

BRIG Mike Annett spoke about the outcome of the recent ABCA conference on Reservists, the commonality in Reservists training regimes and initiatives being implemented to provide alternative pathways for the production of Reserve officers.

GPCAPT Tony Hindmarsh outlined the work being undertaken in developing a detailed change management plan to grow the new skills required with new platforms and to transition the Air Force Reserves.

MAJGEN Greg Melick provided a detailed update of the Commemoration of the Centenary of Anzac Activities both in Australia and overseas until the end of 2018.

Neil James from the Australia Defence Association ably chaired the three Open Forums that provided ample opportunity for Conference participants to raise a wide range of issues affecting the Reserves with both politicians and senior officers on the ADF.

As in previous years, presentations delivered at the Conference have been published in this edition of the Australian Reservist and/or on the DRA website.

A special thank you goes to WO1 Warren Barnes for organising the Conference venue and to MAJ Elizabeth Bedggood, who for personal reasons, has had to stand down from the position of National Secretary. Finally, I would like to thank RADM Bruce Kafer, for his assistance and advice on the conduct of the Conference.

Planning for the 2018 DRA National Conference is underway and we are looking at holding it will on a Saturday in August 2018 at a venue to be advised. We are currently examining avenues in ACT, QLD and VIC.

For some time, the DRA has been seeking representation on the Ex Service Organisations Round Table (ESORT), which is the main forum of advice to the Minister of Veterans’ Affairs, including dialogue between the Military Rehabilitation Compensation Commission, DVA and leadership of the ex service organisations and Defence communities.

Whilst DRA State Branches are represented on five of the eight State or Territory based DC forums, we have advocated that the ESORT would be more effective in its advice to the Minister, if such advice included input by the DRA on issues affecting Reservists.

I am pleased to advise that following a review that was undertake by the DVA into the National Consultative Framework, the DRA has been invited to be represented on ESORT and that I, on behalf of the DRA, have taken up this invitation.

With my best wishes