Introduction
The Total Workforce Model responds to Defence’s changing strategic requirements and has fundamentally changed the way the ADF considers its total complement of people.  As senior ADF leaders have recognised for many years, the modern Defence Force can’t function effectively without its part time workforce – its Reservists.  But what hasn’t been as broadly and well understood until recently, is that the ADF can’t function effectively without a genuine relationship with the people who also employ their part time members – civilian employers!

That’s why a fundamental review by Defence of how civilian employers of its part time workforce are engaged is to be warmly welcomed.

Over the past 40 years the DRSC network at national, state, territory and regional levels led and implemented a program of engaging employers who were supportive of reservist service.  Many excellent initiatives were implemented to demonstrate to civilian employers the nature of skills and leadership developed by reservists.  These included Boss Lift, Bring a Boss and Executive Stretch.  As a result, hundreds of employers have been exposed to the capability of the ADF.  Many of these employers were nominated for an Employer Support Award by their employees who were serving reservists.  In fact some employers were so impressed with the ADF they even became reservists themselves!

However the focus of the efforts of DRSC and RYD were not on supporting ADF capability because no one focused on actual employers of actual reservists.  No consistently available data was captured on who employed reservists, what industries reservists worked in, the civilian skills and experience of reservists, the size and nature of employers, whether their employers had formal reserve leave policies as well as feedback from employers and reservists on their experiences.  The only readily available data was the numbers of reservists which the Services managed and in the Defence Census gathered from people employed as SERCAT 2-5.  The accepted wisdom behind a lack of focus on actual employers was that reservists would not trust Defence with knowledge of who employed them in their civilian lives.

The consequence of this approach was that no one was required to focus on the critical task of engaging with actual employers of actual reservists to support ADF capability.

And why does this matter?  Because reservists have many demands on their working and personal lives.  For them to be able to serve Defence when required they need employers who understand them, value what they do and the skills and experience they bring back from reservist service.  From an employer perspective, they need to understand the reservist’s work, the impact on their own workforce and how they can rely on Defence to give them information that allows them to plan their own workforce requirements.

Focus on Actual Employers of Reservists
In the last year there has been growing recognition that a National Employer Relationship approach lies at the heart of enhancing part time Defence workforce capability.  That is, Defence capability can be improved through better working relationships between Defence’s full time and part time workforce and actual civilian employers of actual reservists.  However to build this genuine relationship, Defence needs to know who employs reservists!

To that end several changes have been made during 2019:
• An independent review of DRSC and RYD by KPMG was commissioned to understand the implications for civilian employer engagement of the changing strategic requirements of Defence and the greater use of the part time workforce in all facets of Defence operations.

• Amendments were made to the Defence Reserve Service (Protection) Act 2001 to ensure reservist service is protected and encouraged.

• For the first time a centralised point of contact through 1800DEFENCE commenced in April  for employers, reservists and the community on reservist service.  In the first three months almost 700 calls were received which related mainly to support for civilian employers in relation to their workers undertaking reservist service.

• Amendments were made to ForceNet allowing reservists to provide details of their civilian employers.

• Again for the first time a survey of SERCAT 3-5 members was conducted seeking civilian employer information particularly the name of their civilian employer, number of employees in that organisation and industry sector.

The initial results of these changes have been very promising.  Defence has never before known who employs its part time workforce in a civilian capacity.  We now know from the SERCAT3-5 member survey that almost 40% are employed in emergency services across various agencies in States, Territories, local government and in the Commonwealth.  The next greatest number of employers are the reservists themselves – many are self employed!

This information is incredibly valuable.  It allows Defence to target its programs and support in a more meaningful and useful way that adds value to civilian employers and reservists.

Customer Centric - Employers and Reservists at the Centre
But more so it enables Defence to put actual employers and actual reservists at the centre of decisions and understand what they need and want such that the ADF’s workforce capability is enhanced.

This approach will result in the design and implementation of a “customer centric” ADF wide framework for civilian employer and reservist engagement.  Such a framework should be supported by visible commitment from senior ADF leaders.  It should be open, predictable and for mutual benefit; simply and quickly address reservist and employer issues; and be tailored for sectors and size of employers.

Employer relationships should be the primary accountability of RYD to ensure a consistent national approach.  However for this accountability to translate into workforce capability, it will require high quality and more focused resources, tools, data and customer relationship systems.  This would in turn enable market segmentation and analysis, appropriate goals and KPIs as well as a virtual improvement process which should improve service and outcomes over time.

• State/Regional – head office or where an employer has a number of Reservists.

• Local – through the reservist and supported by the reservist’s unit command (Local CO).  Resources and tools to support this should be provided.

Of course the DRSC network has many invaluable contacts that Local COs would need to be effective at a local level.  Regional Employer Defence Partners would be required and it is expected these would be drawn from the DRSC network in the first instance.

The Challenge
The case for change is clear.  The current approach through the DRSC and RYD no longer consistently meets Defence’s strategic requirements in terms of the increased use of the part time workforce.  In addition, feedback from civilian employers and reservists show the current approach does not results in their needs being consistently understood or addressed.

A new enhanced employer engagement approach is overdue and the commitment from the most senior ADF leaders should lay the foundations for a genuine relationship.  Ultimately this approach is about mutual benefit – for civilian employers and for ADF capability.  The challenge lies before us all and the time for change is now. 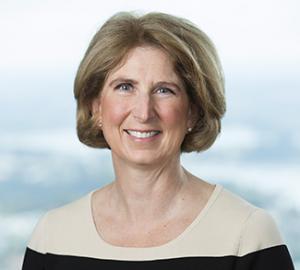