‘Growing the Pie’– the Total Workforce Model in Army

Introduction
The Reserve is an active contributor to Army capability with a focus on harnessing emerging strategies and concepts in force generation, retention and modernisation that provide meaningful and sustainable growth for the 2nd Division, for the Reserve within Army and for total force. Within the 2nd Division, we refer to this as ‘Growing the Pie.’

Recently the Chief of Army visited Army Community Assistance Program (AACAP) in Jigalong. The AACAP project has included a number of Reserve soldiers working in Jigalong, an Indigenous community 160 km east of Newman. Reserve personnel have been building roads and culverts and training Indigenous Australians in areas such as construction and catering.

Reserve soldiers from the 2nd Division, 17th Sustainment Brigade, and 6th Combat Support Brigade deployed in an integrated fashion. A recent visit revealed first-hand the benefits of full-time and part-time soldiers working together in an integrated fashion. Part-time soldiers in the culvert teams were the ones who provided subject matter expertise. Integration is when soldiers work together across different service categories, speak to each other professionally, respect individual skills, and respect individual contributions to capability.

This presentation will provide an overview of the work the 2nd Division is conducting regarding the Total Workforce Model. As the principle advisor to the Chief of Army on Reserve matters this article will also address broader Army Reserve matters. Specifically, this presentation will address what current activities within in the 2nd Division, the Reserve in broader Army, the Reserve Capability framework and Reserve capability generation.

There are opportunities domestically with OP RESOLUTE, the Transit Security Element with the Navy, as well as the Regional Force Surveillance Group patrols. The 2nd Division has completed five out of eight patrols for 2019. These patrols go for 10 days, and after three patrols, soldiers are entitled to receive their Operational Service Medal. These are sought after deployments. The soldiers are generally Regional Force Surveillance soldiers. It is a great opportunity for soldiers, often indigenous, to come from their communities and provide continued service to the nation.

There are 10,500 soldiers in the 2nd Division with an establishment of 12,500. The Division has grown by 1,000 personnel over the last 18 months. There are still vacancies at multiple ranks such as Corporal, Sergeant, Warrant Officer, Captain and Major and within specialist corps including Signals, Electrical and Mechanical Engineers and Catering. The 2nd Division is also experiencing vacancies in regional locations. As the population moves towards the coast and the capital cities, recruitment is a focus in regional locations particularly with junior officers, Warrant Officers, Corporals and Sergeants. The 2nd Division is focused on filling its establishment by 2023. In order to achieve this growth focus is being applied to getting people to transfer into the Reserve and in particular, into the 2nd Division.

The Reserve in Army
In the Reserve across Army there are 12,059 trained people. 2,950 personnel are in training. Getting personnel through this training efficiently is an area of focus. As an organisation, work is being conducted to maximise training delivery methods and enable recognition of current competencies. Getting personnel qualified faster to employ them quicker is important. Women represent 15.3% of the workforce which is lower than the ADF. 3.2% of Reserve soldiers identify as Indigenous. This is a great strength particularly for the Regional Force Surveillance Units.

While Reserve growth has stabilised, future growth is essential. Organisational strategies are working, and require continued application to ensure overall growth. The Chief of Army is looking for the 2nd Division to be fully staffed, with a strength of 13,500 trained force in the Reserve, as well as another 3,000 in the training force. This means across Army the Reserve needs to grow by a further 1500 personnel.

Reserve units are often in locations where there are no regular forces. The Chief of Army speaks about Army for the Nation and in the Community. Often the Reserve force is what the broader population will see. Reserve personnel need to be great ambassadors, focusing on getting people to join the Army, whether it will be full-time or part-time service.

Reserve Capability Framework
The capability the 2nd Division provides is considered under the framework; Replicate, Replace, Reinforce and Incubate.

Reserve Capability Generation
The 2nd Division uses this framework to outline what the Reserve can do. To support capability generation now and into the future, the Reserve must continue to grow.

Traditionally, the Reserve has relied upon ab initio recruitment to grow. To improve growth numbers Army needs to continue with ab initio intake as well as retaining those soldiers that have been trained. As an organisation, we must make sure we are providing good value training and that soldiers want to continue to serve.

Service category transfers are therefore critical to enhancing capability generation. This is an area of focus and that is where the ‘growing the pie’ strategy takes effect.

The Reserve needs invest in ‘growing the pie’. Army needs to capture every soldier and officer departing the full-time force who wants to be in a Reserve position. Making this an attractive option is essential. Recently Commander Forces Command issued guidance to encourage more transfers from Service category 7 to Service category 3, with soldiers and officers remaining in their existing units.

There are specialists, for example tank crews, where 2nd Division cannot be provide ongoing training. Commander Forces Command has indicated that Regular Units can create Service category 3 positions where exiting Service category 7 members can be posted on transition. Commanding Officers can then use their members in accordance with unit needs.

This initiative seeks to ensure that everybody is thinking total workforce. This encourages each and every unit to be considered an integrated unit.

Other Initiatives
At the Chief of Army’s Strategic Planning Forum integration and how Army can use the workforce were prime topics. How does Army ‘grow the pie’? How does Army utilise the ‘pie’ once it is grown? Demonstrating capabilities is the best way for people to appreciate them, whether it be the road construction team on AACAP or the soldiers in the Reinforcing Battle Group who work with the Combat Brigades on Talisman Sabre and then deploy to Iraq or Afghanistan. The soldier-to-soldier link accelerates acceptance of capability.

Conclusion
‘Growing the pie’ is a way of describing how Army can take advantage of the Total Workforce Model. Ab initio recruiting is essential but Army can’t lose sight of retention. Retention both within the Reserve and retention from Regular forces to the Reserve. Culturally, commanders at all levels must adapt to managing a diverse workforce.

As the Army competes with the private sector for scarce talent, we need to be adept at managing the available talent we have, both full-time and part-time. Culturally the Army needs to embrace this talent, no matter the service category. 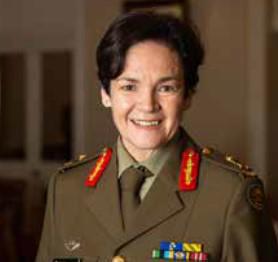